Someone on a forum I belong to mentioned that they read “Poo Poo on the Potty” and commented that it “is a milestone that very few parents or individuals of the “neuro-typical” world can trully understand and appreciate.”

Shortly after I had originally posted it, another person had asked why I was making such a big deal about it, “since we all do it”. The difference is that one works with kids and young adults on the autism spectrum while the other is a typical person with no exposure to the trials that families trying to nurture and support our special kids have to struggle with on a daily basis.

Unfortunately, the ol’ “number 2” has not become a routine… truth be told, we have been able to get him to try more, but no repeat performances yet… however he is definitely more aware of when he needs to go because he normally wears regular underwear during the day and GoodNites underwear in the evenings and overnight. Now when he knows he needs to go, he puts on a pair of GoodNites without any prompting (most of the time) and… em… well… er… sometimes tries to clean himself up by himself… While this is also a great milestone, we’d definitely rather have him tell us so we can help.

One thing that has helped is an awesome toilet seat that has a kids sized seat built into the lid. What makes this seat so nice is that there is a magnet that keeps the kids seat attached to the regular lid, but when Ethan is ready to try, he can easily put his seat down and have a perch that doesn’t make him nervous that he might fall into the pot. 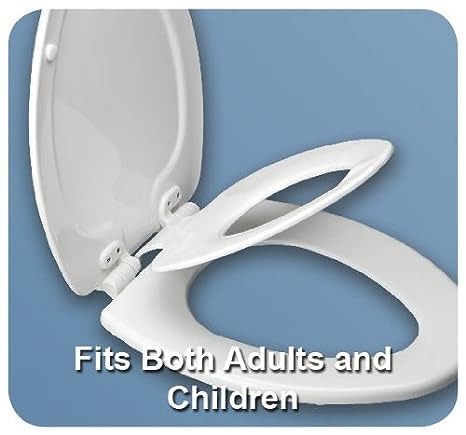 Anyway… the comment made me realize that I have been wrapped up in my own personal struggles lately and letting this blog languish. I’ll have to fix that, and I promise to pick a new subject for the next entry LOL!

BTW – Amazon.com has the best price I’ve found on the GoodNites when sold as a 3 pack, especially if you get free shipping. There is a “subscribe and save” option that gives an extra discount and they just arrive at your door every month, or whatever other timespan you pick. I definitely recommend checking that out.